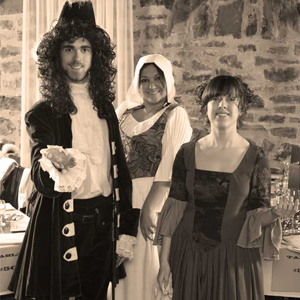 Les Promenades Fantômes built an interactive game based on historical facts, hosted by their dynamic actors, to thrust you in the atmosphere of New France. 15 members of your group will have to show off their acting talent, to make the story progress, by each incarnating an inhabitant from the time with lines they will have received at the beginning. The shyer members do not need to be afraid; they will have to play a character from 1600s, but won’t have any lines. They are also invited to create the atmosphere with reactions appropriate to what is happening in front of them. The point of this game is to earn glory for finding who is guilty of this horrible crime. 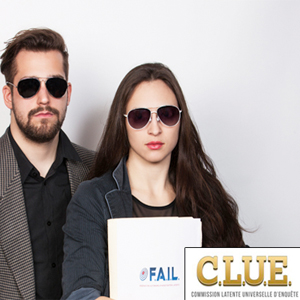 This interactive multimedia event is moderated by a dynamic master of ceremonies, actor from Les Promenades Fantômes. It is obviously inspired by the board game Clue, since you will be asked to solve a murder that happened in the 1800s. Will you know how to find the real murderer or will you send an innocent man to be hung?

Based on an actual murder that happened in the St-Roch area in the 19th century, this multimedia night will know how to entertain you all along your meal. 6 persons will have to play the role of the actual 6 suspects, while the others will be the jury. With the help of scenes shot by the Promenades Fantômes and of clues revealed by the detective, retrieve the murder weapon and the murderer!

Our main performer, Pierre Hamon, will make you discover a different and mysterious universe, showcasing many magic and mentalism performances. 2 mesmerizing shows are offered, with one of the two being about the intriguing story of Jack the Ripper. The mentalist-magician investigates to find out which one of the guests is guilty of the crimes, all of them transforming into potential suspects for the night. 10 incredible magical experiments will allow him to uncover the alibis and to find the murderer.

Tell us about your event